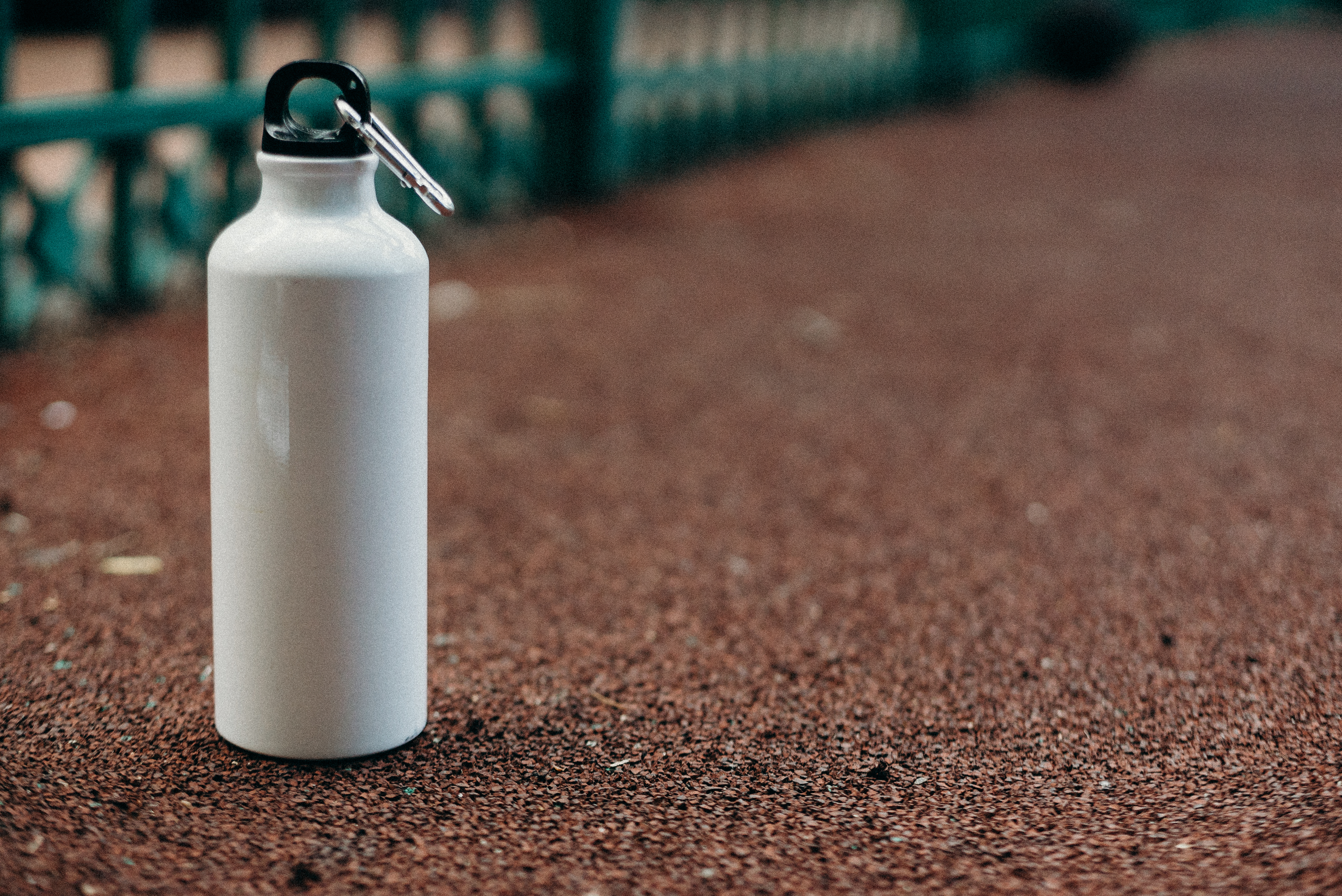 The atmosphere strikes your character uneasily. Consider the houses that might be in your neighborhood. You know which one: it is the house that pedestrians cross the street to avoid. It is the house in which high school students dare to spend a night, beyond the creaking doors to cautiously explore the strange moans within their indefinable shadows. Even if nothing tangible happened, your characters are scared. This fear comes from the atmosphere: the setting that surrounds your house and your characters. The atmosphere is the mood, and that mood should haunt your readers long after the story ends.

So where do you start? Creating a haunted house story is a scary and overwhelming task. To make things easier for you, set the date and time from the beginning of your story. If you write a foreword, start the story with its date and time, or at least give hints about the decade. Maybe your character is listening Inferno Disc right before a psychopath sets the house on fire. Perhaps your character is shivering in the shadows, her hat is drenched with sweat, and she’s praying that her flashlight stays on long enough to be rescued. This not only sets your stage, but also gives you the opportunity to add a bit of dimension and foreshadowing to your story.

Using the correct word can also set the stage in your haunted house story. Consider this sentence:

Not very creative at all. There is hardly a setting and the action is not very descriptive at all. Let’s try another set of words:

Beverly, overwhelmed by incipient danger, crawled through the door.

Best. Crawling is a stronger description than the word way. This is an acceptable description that readers are likely to enjoy. But couldn’t we write this sentence in less and more sinister words? I think we can:

The house consumed her.

Sinister, descriptive and straightforward. This makes the reader uncomfortable; therefore, empathic what your goal as a writer should be. Make your readers feel what your characters feel.

Your haunted house is a character like the rest of your cast. It must have personality. It should appeal to your characters, just like a protagonist seeks out a villain. It must have personality and history. Your protagonist wants something and your house wants something too. So what kind of personality does your house have? Consider the location. It could be a swampy mansion decorated in a French Creole, or maybe it’s a simple two-story cabin in Washington state like in Stephen King’s. Alan Wake. Perhaps it is even more classic, like a fortified castle perched on top of a cliff above a quiet village. Each of these houses must reflect its geographical location, and its personality must be revealed through the perspective of the protagonist. If your house could talk, would it have an accent? How would you show that? The decoration? The architecture? The location of your haunted house defines its personality. Let him speak. Let it lure your protagonist into its swampy tendrils.

Other ways to give your home personality through the environment is by resetting the environment according to the way people speak in your geographic region. People in the Deep South speak differently in Miami and people in Miami speak differently than people in Montana. People gossip with each other and each person has a different perspective on life. Apply that to your haunted house. No matter the geographic location, your home has a backstory and people will gossip about it. What they say and how they say it can reveal more about the personality of your home. Every time your character hears a story, his perspective will change. For instance, Infinity Written by Douglas Clegg, some of the characters who stay at Nightmare House see it as an ordinary house at first. Once they start hearing the strange stories, paranoia begins to take over and soon the house takes on a more sinister appearance. No, it does not change physically. What changes is the character’s perception of the house. Your house is another character that deserves to be talked about. Everybody has secrets; your haunted house does too.

There are already a number of haunted house movies and books taking place in all kinds of settings around the world. There are literally hundreds if not Thousands that take place in a haunted cabin in the middle of the forest. In order for your horror story to survive fierce competition, it must be unique. It must bring something new to a concept that has been repeated over and over again. Being unique is vital for your story to survive. Creative writers must be flexible. Instead of a haunted cabin in the forested mountains of Canada, maybe your story is about a haunted houseboat on Puget Sound. Or maybe you consider moving your cliche southern plantation to the sunny beachfront tropics of Africa surrounded by deadly palm trees, monkeys and coconut-sized spiders. Originality doesn’t have to be so extreme either. Your setting may be in the American colonial suburbs of Massachusetts, but the architecture is ultra-modern.

One last thing to consider when choosing an original setting for your haunted house story is lighting and ambience. Remember that the further your home is from the equator, the more drastic your hours of day and night become. A haunted house located in the lower parts of South America, for example, will spend at least a full month in total darkness in winter and a full month in total daylight in summer.

Come in if you dare

HP Lovecraft was a master at creating atmosphere through surroundings. He used the description of the landscapes and neighborhoods to give the reader an ominous feel long before his character even comes close to the house. Take this example from The picture in the house:

… Climb the moonlit towers of the ruined Rhine castles and descend faltering steps covered in black cobwebs under the strewn stones of forgotten cities … The enchanted forest and desolate mountains [are] sanctuaries, and linger around the sinister monoliths of the uninhabited islands … But the true Epicurean in the terrible and unspeakable is the main end and justification of existence, esteem above all the ancient and lonely farms of the forests of New England … His strength, loneliness, the grotesque and ignorance combine to form the perfect portion of the hideous.

This paints a very sophisticated picture using carefully chosen adjectives and a forward approach. Although HP Lovecraft has exceeded expectations of horror at its finest, award-winning author Joe Schreiber writes a more literal description of the Round House in one of his most chilling haunted house stories: No doors, no windows:

… It was sparse, flat and narrow, with a curved concrete floor and smooth, almost circular black walls that did not appear to have been painted black, but were somehow carved out of naturally black material, some substance that literally absorbed the light. There were no doors or windows. Although the passageway appeared to be straight, there was definitely some curve, something winding just outside the glow of the lighter..

These two great examples describe the haunted house using atmosphere and surroundings in different ways. They work well due to the strong choice of words and the vivid and unnatural descriptions that go beyond the details of how someone would normally describe a house. Joe Schreiber did not blatantly say, “The room was round.” Instead, he painted such a vivid picture that the reader simply got the feeling that this room was unnatural and no sane person would enter it, especially if it only had a lighter.

A haunted house is not always necessarily a house. It can be an apartment or a condo on the beach. Sometimes it is a graveyard where the spirits of the dead live, work and lurk like in Neil Gaiman’s novel, The cemetery book. Haunted factories, sanatoriums, junkyards, prisons, schools, caves, and even sewers could be “haunted house” stories. All the same rules apply.

If you really want to write a story about a haunted house, the best thing you can do for yourself and your story is to read. Read all the haunted house stories you can find. Dozens. Hundreds. See how they establish the personality of the house. Notice how each writer takes a different approach. Pay particular attention to word choice and sentence fluency. Read read, read.

Some excellent recommendations are:

No doors, no windows by Joe Schreiber

Creepy tales of horror and the macabre by HP Lovecraft