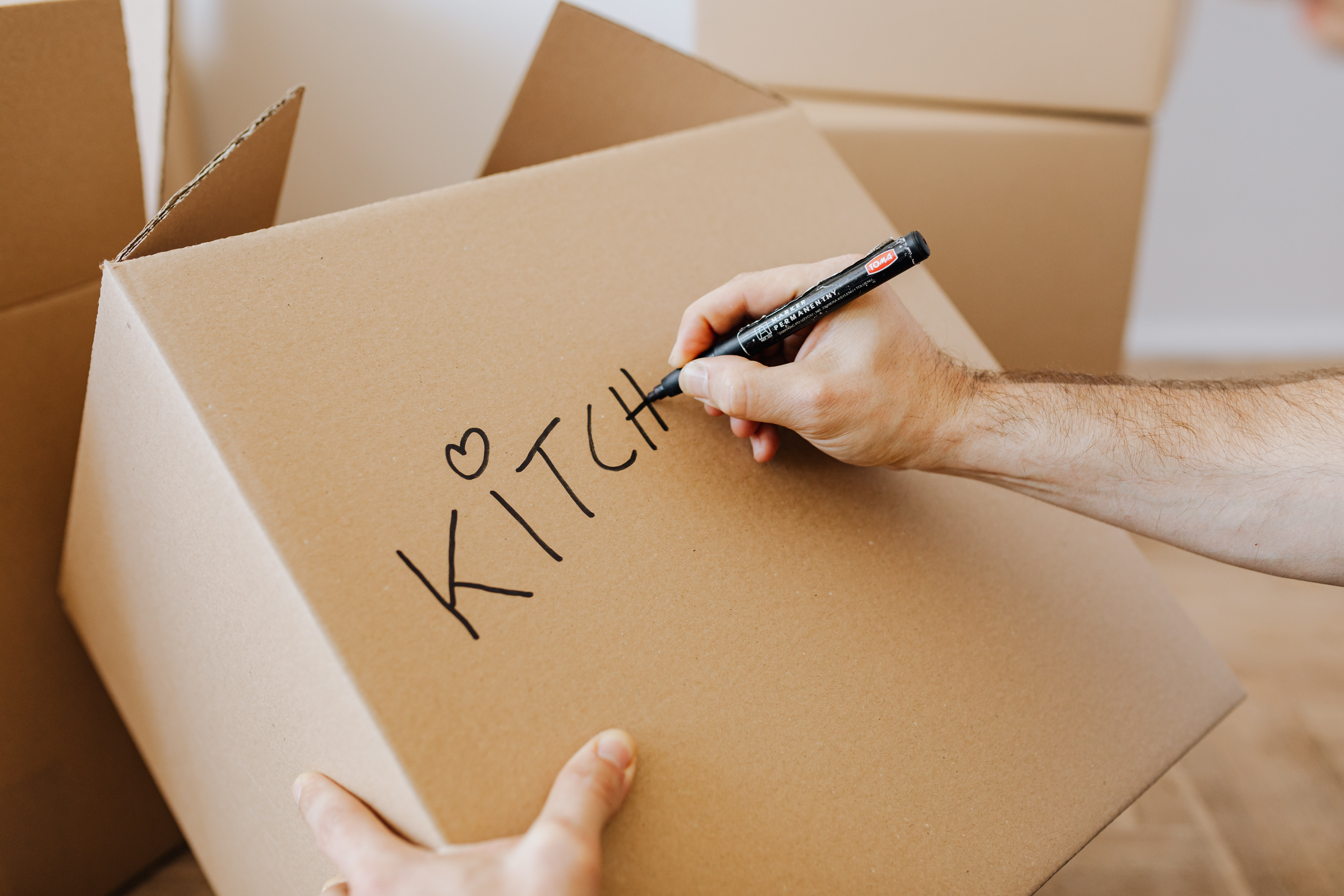 A crisis the size of the TAT crisis is inevitably political. It involves thousands of citizens, many decision makers from all walks of life, and the very economic and financial fabric of the country.

But, the TAT crisis pales in comparison to similar crises in other countries around the world.

In Israel in 1983, ALL the banks collapsed on ONE day in October, for example!

The biggest crisis of savings and loan institutions (=Stedilnicas) in history occurred in the USA in the years 1986-1987.

A Savings and Loan Association (SLA), or THRIFT, was a strange banking hybrid, much like Building Societies in Britain. On the one hand, it was a kind of bank, authorized to receive deposits. On the other hand, it was allowed to give money on land only to current or potential owners on the basis of a mortgage on their house. It was really a mortgage bank and nothing else. This limitation in the nature of its asset portfolio increased the risk associated with its loans. The SLAs were unable to diversify their portfolio into other types of assets and therefore were exposed to the vicissitudes of the residential real estate markets in their respective regions. Indeed, when real estate markets experienced a normal business cycle downturn, service level agreements were disproportionately affected. Regional economic shocks (such as spiraling commodity prices) have shaken real estate values ​​and the stability of these lending institutions. The coup de grâce came through extraordinarily volatile interest rates. SLAs had to pay high interest to short-term depositors, while collecting lower income, in the form of interest payments on their previous loans. This negative spread between cost of funds and return on assets eroded SLA operating margins. When they discovered that the securities they held were much less valuable than the loans they intended to obtain, panic ensued.

Hundreds of thousands of depositors flocked to withdraw their funds. Hundreds of SLAs (out of a total of more than 3,000) became insolvent because they were unable to pay their depositors. They had to close their doors and were besieged by angry, sometimes violent customers who lost their life savings.

The lack of liquidity spread like wildfire. One stedilnica after another collapsed, leaving in its wake major financial crises, ruined businesses and owners, devastated communities. The crisis reached gigantic proportions and threatened the stability of the entire banking system throughout the United States.

The Federal Savings and Loan Insurance Corporation (FSLIC), which insured the deposits at the SLAs, could no longer pay the claims and, in fact, went bankrupt. This single event had a chilling effect on the federal government. True, the government did not guarantee the obligations of the FSLIC. Still, it was perceived as an arm of the Federal Government and the public shock and outrage was indescribable.

Then, the Federal Government was forced to intervene. A hasty $300 billion (!) package was launched to save what could still be saved. This was the first step, a correct and proper reflection: the injection of liquidity through a special agency, the FHFB. Mutual charges, criminal charges, resignations and recriminations have been postponed by all involved. First of all, the system had to be stabilized and it could only be stabilized by restoring public confidence. Public trust can only be restored with money, and a lot of money. The visible and unequivocal involvement of the highest level authorities had a long-term positive effect. The “full faith and credit of the U.S.” was now behind SLAs and that was good enough for everyone.

Now that the storm had passed, it was time for more unlikely structural changes.

First, the supervision of banks and banking operations was taken from the Central Bank, the Federal Reserve. This separation of duties is long overdue: the Central Bank can hardly be expected to oversee a game whose rules it dictates. There would have to be a bias in the analysis of their “clients” (not to mention the close personal relationships fostered in years of working together).

Banks pay premiums at one rate to BIF – SLA pay another to SAIF.

The FDIC is designed to be independent in two ways. His money comes from the premiums and profits of the two insurance funds, not appropriations from Congress. Its board of directors has full authority to run the agency. The board has laws to follow, but no boss.

The FDIC regulates banks and SLAs with the goal of avoiding insurance claims by depositors. When an institution goes out of business, the FDIC can lend it money or take it over. If you take over, you can run it and then sell it as a going concern. It has the authority to close it, pay depositors, and try to collect on loans. Borrowers often can’t pay, so the FDIC ends up owning the collateral for the loans, such as real estate, and tries to sell it.

The Resolution Trust Corporation (RTC) is a direct result of the SLA scandal. Before 1989, SLAs were insured by the now defunct FSLIC. The FDIC insured only banks. Congress had to eliminate FSLIC and put SLA insurance under the FDIC. Still, a large number of SLAs were considered “special risk” cases. They were handed over to the jurisdiction of the RTC. It took over the SLAs that failed under FSLIC and later, until August 1992. It traded and sold SLAs, or paid depositors and closed the relevant SLAs (just like the FDIC does). The money to finance the RTC came from bonds sold by a new government corporation (Resolution Fund Corporation, RefCorp). RTC effectively ceased operations last year.

The Savings Supervision Office (OTS) was also established in 1989 and also supervises the SLAs.

This used to be the role of the Federal Home Loan Board (FHLB), which was dismantled by Congress in 1989. The OTS is a department within the Treasury Department, but law and custom make it virtually an agency. Independent. It oversees around 1,500 savings banks with assets of around $1 trillion.

The Federal Housing Finance Board (FHFB) regulates and reviews SLAs, but with an emphasis on their liquidity. It helps your financial stability through lines of credit from twelve regional Federal Home Loan Banks (FHLBs). Those banks and savings banks make up the Federal Home Loan Banking System (FHLBS). Many FHFB regulations are intended to ensure that SLAs lend for housing, which is why Congress created this bank-like system, separate from banks.

FHFB gets its funds from the System and is independent of executive branch oversight.

A host of other supervisory and regulatory agencies and treasury departments are involved in the US banking system. But at least one thing was achieved: a clear, streamlined and powerful regulatory hierarchy. The SLAs (and the banks, in this case) used the confusion generated by the overlapping areas of activity and authority of the many previous agencies. No agency had the complete picture. Now, everything became obvious: insurance was the job of the FDIC, supervision was the OTS, and liquidity was the purview of the FHLB. Arguably, this may be the biggest benefit to be derived from this otherwise harrowing crisis.

The process was not without errors. Healthy savers were persuaded and cajoled into buying less resilient ones. This considerably weakened their balance sheets and the government reneged on promises to allow them to pay off the goodwill element of the purchase over 40 years. Despite all this, the figures are unequivocal:

Savings banks numbered 2,898 in 1989. Six years later, their number dropped to 1,612 and is expected to drop to less than 1,000 by the turn of the millennium. A consolidation process is evident: SLAs merge, become bigger, stronger, better capitalized. They resemble banks, in this regard.

This latest development was so overwhelming that Congress decided to require that every SLA should have a bank charter by 1998. Paradoxically, the very success of SLAs in curing themselves led to their elimination. Why have two types of banks if all the operating parameters are the same? Why use two names, two separate insurance and supervisory bureaucracies and two sets of regulations to monitor and regulate essentially the same type of entities? This was absurd. While at the height of the crisis, SLAs’ equity-to-asset ratio was less than 1%, it reached almost 10% (!) in 1994, even better than banks.

These remarkable changes (one of the most surprising in human financial history) occurred as much by chance as by careful planning. Interest rate spreads became very positive (SLAs were able to charge interest, for example by investing in government securities, which was much higher than the interest they paid for their sources). Stock markets soared and allowed SLAs to offer new shares at great prices. This, together with the persistent pruning of the weeds in the field of good SLAs, with the reduction of bloated SLA bureaucracies, and with the ongoing consolidation process, led to the revitalization of these banking institutions.

Banking markets generally contracted as other types of financial intermediaries joined the fray, but the health of SLAs was assured.

As this new health became more and more evident, the legislative bodies relaxed. Congress began to implement the gradual repeal of the draconian Glas-Steagall Act (which prohibited banks from engaging in a wide range of financial activities). They realized that the more diversified the financial institution, the healthier it is likely to be. Limiting a bank to certain types of assets or a certain geographic location was dangerous. Congress therefore began to lift these restrictions.

It is not necessary to neglect an element in this discourse: the relative absence of political intervention in managing the crisis. It was run by the Federal Reserve, a capable, utterly professional and blatantly apolitical body. This is the most autonomous central bank in the world. He is never afraid to take on the two greatest powers in the world: the US President and public opinion, and he does so often. It is not nourished by conflict but by proper and impartial management of the economy.

This, of course, is the greatest lesson to be learned.